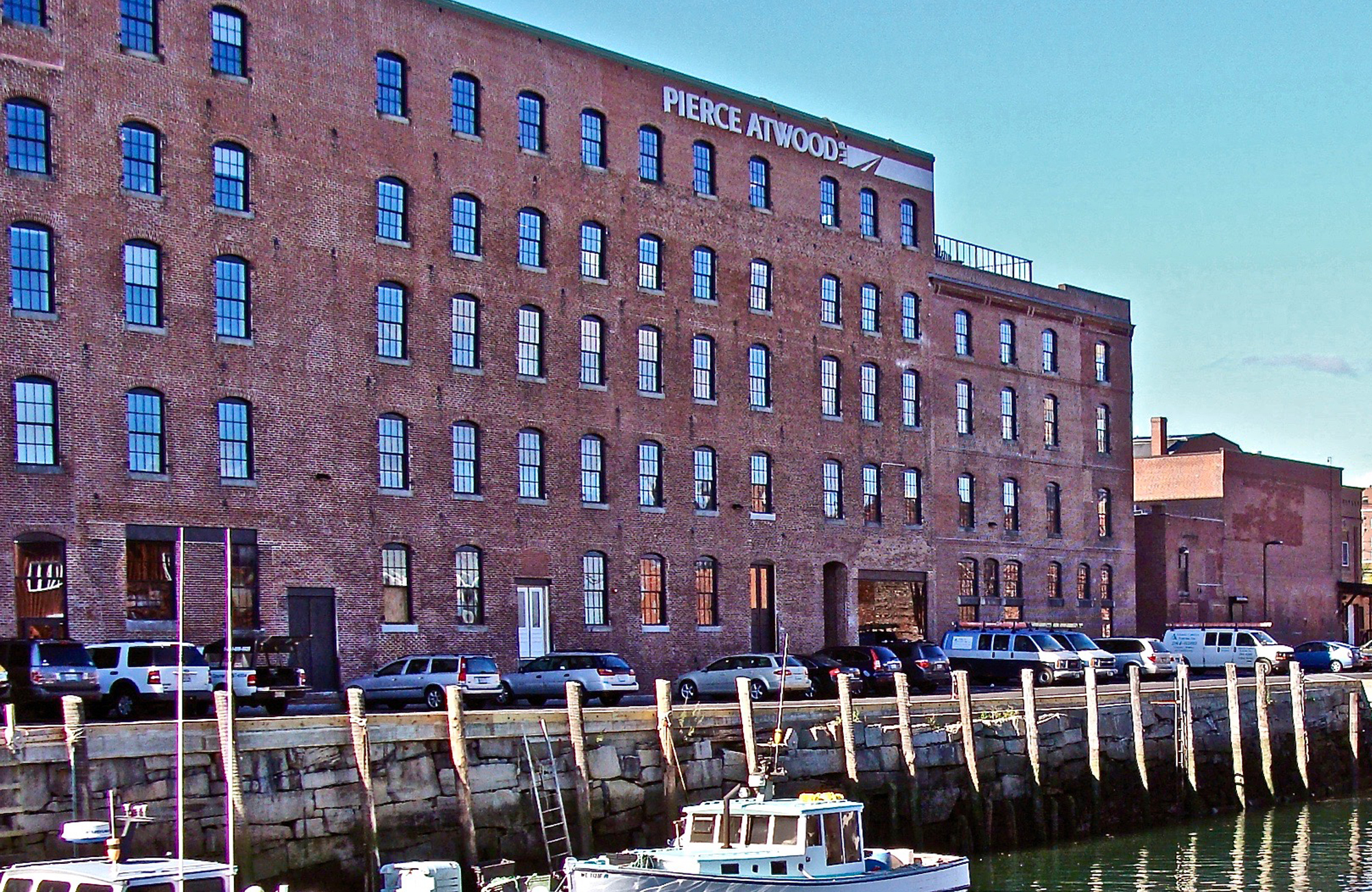 The Merrill’s Wharf Building is a 100,000 SF Class A office conversion in Portland, Maine. An iconic historical building on Portland’s waterfront, and known along the highly trafficked Commercial Street for its 300-foot brick façade, Merrill’s Wharf was built in 1884 as a spice mill, candy factory, and later operated as a commercial cannery. It was converted to cold storage in the mid-1960s, and two decades later, NRC-affiliate Waterfront Maine acquired the property in 1986. In 2011, Waterfront Maine converted the mill to a Class A office building to capture Portland’s growing demand for office space, while still retaining the building’s historic character and charm. Today, the building is majority tenanted by Pierce Atwood LLP.